Ballwin Votes To Secede From Everything 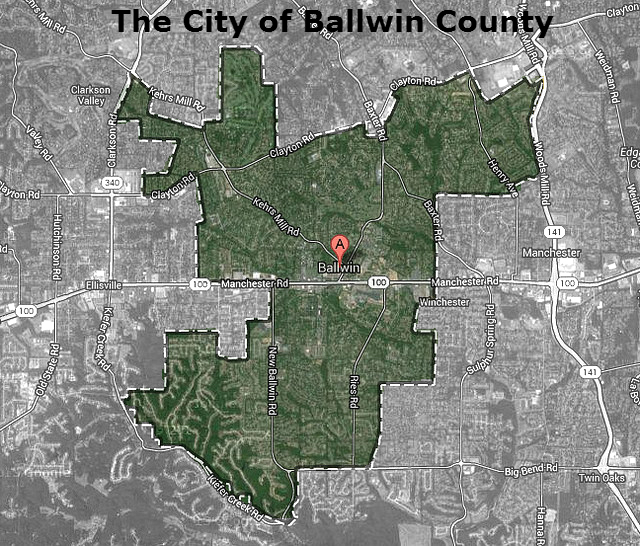 Recognizing that the booming city of Ballwin thrives within a vacuum, the Board of Aldermen voted Monday night to secede from everything. “Keep our tax dollars home,” chanted the crowd before the unanimous vote. “We can certainly stand on our own. We’re bigger than 77 other Missouri counties,” Alderman Nick Riviera stated. “We certainly are better separate. We shouldn’t have to pay for anything outside our borders. That stuff does nothing for us,” said resident Lenny Leonard.

In a concurrent vote the St. Louis County Council approved the secession so long as Ballwin takes on all the county’s debt. “The suck- um citizens of Ballwin may go their own way. Self determination is a fundamental American right,” County Executive Dooley announced after a unanimous vote.

Governor Nixon welcomed the new city not within an existing county, “what this state needs is more counties. This government structure has worked well for the City of St. Louis. Have you seen Ballpark Village?!”

The board also passed a $750 million bond issue to cover the construction of a high school, a hospital, a sewage treatment plant, water works, a power plant, a zoo, a Ballwin History Museum, a performing arts center, the Great Wall of West County, and a tunnel for Manchester Strd. Through traffic will pass underground leaving Ballwin unmolested, especially by the #57 Metro bus, which brings ne’er do wells from the outside. The bonded projects will provide jobs for those who have to give up their jobs outside of Ballwin.

Madoff Investors will be the bond broker and primary investor. “You know, a town with money’s a little like the mule with a spinning wheel. No one knows how he got it, and danged if he knows how to use it!” Lyle Lanley, chief broker at Madoff, presented to the Board.

When asked if $25,000 per Ballwin citizen was a bit much, Mayor Quimby shot back, “no big deal, we don’t have to pay those stupid ZMD taxes anymore. We’ll have our own, better stuff, so there.”

The city will build The Great Wall of West County to keep the region’s problems out of Ballwin. “We’re going to turn these invisible lines into real walls,” said Mayor Quimby. “It’s not only important to keep the ills of the region out, but we’ve learned from the City of St. Louis’ experience the importance of keeping people in. You’ll be able to see it from space!” The wall will include a slide so that if anyone becomes homeless, they can be rapidly exiled. To save costs it will be built from knotty pine and aluminum siding. “I already don’t go inside 270, so staying within the Great Wall won’t be a big problem for me,” resident Doris Freedman.

Ballwin will take over maintenance of Manchester Strd. from the state and its sewer lines from MSD. “We don’t need any subsidies from the county or state,” said Aldermen Lionel Hutz.

One concerned citizen was reassured that she’d find work in Ballwin when she asked what she was supposed to do after giving up her job at BJC in St. Louis. “I’m amazed you haven’t gotten shot already going to work there everyday. You’ll be much safer staying here,” said audience member Cletus Spuckler.

“We need to keep the riff raff from Ellisville and Manchester out. And don’t get me started on the urchins in Winchester,” said Ballwin Police Chief Clancy Wiggum.

“Now we’ll still let in semis for food, goods, etc, but in order to keep traffic down and ensure peace and quiet, no outside personal vehicles,” said streets director Otto Mann.

“We have everything we need right here. We have a Hobby Lobby, a Steak n’ Shake, an Aldi, a Subway, a Lowes, an Applebee’s, a Target, a Walgreens, and a Schnucks. Downtown Ballwin has everything! What more could you want? Oh wait, we need an Ikea. I’m sure we’ll get one like Chesterfield,” Applebee’s barfly Barney Gumble.

“I look forward to leading this new school district into the 20th century,” said newly appointed Superintendent Gary Chalmers. “Now that we’re on our own we don’t have to deal with the burdensome desegregation program or the school transfers from the failing districts in that other place.” When informed that the students from unaccredited school districts can go to districts in adjoining counties, Chalmers quipped, “we’ll see if they can climb our wall.”

“Since we have no rail line to deliver coal, we’ll build a 100 MW light-water nuclear power plant,” said the Ballwin City Water, Light, and Power chairman, Montgomery Burns. The plant will be located on Fishpot Creek off of Ries Strd, which will be widened to 5 lanes.

“The Ballwin Symphathy Orchestra will be the best west of the River Des Peres, south of the Missouri, north of the Meramec, and east of the err, well it’ll be good,” said Dewey Largo, the sympathy’s conductor.

“We won’t have bike lanes shoved down our throats!” said Agnes Skinner, wearing an I Heart Stroads button.

“Us elderly folks have only known a Ballwin on the rise. We don’t want to loose that,” Jasper Beardly.

“My cats and I have enjoyed the tranquil lifestyle here. It should continue,” Eleanor Abernathy

*If you’re still reading, yes, this is an April Fools’ Day post.